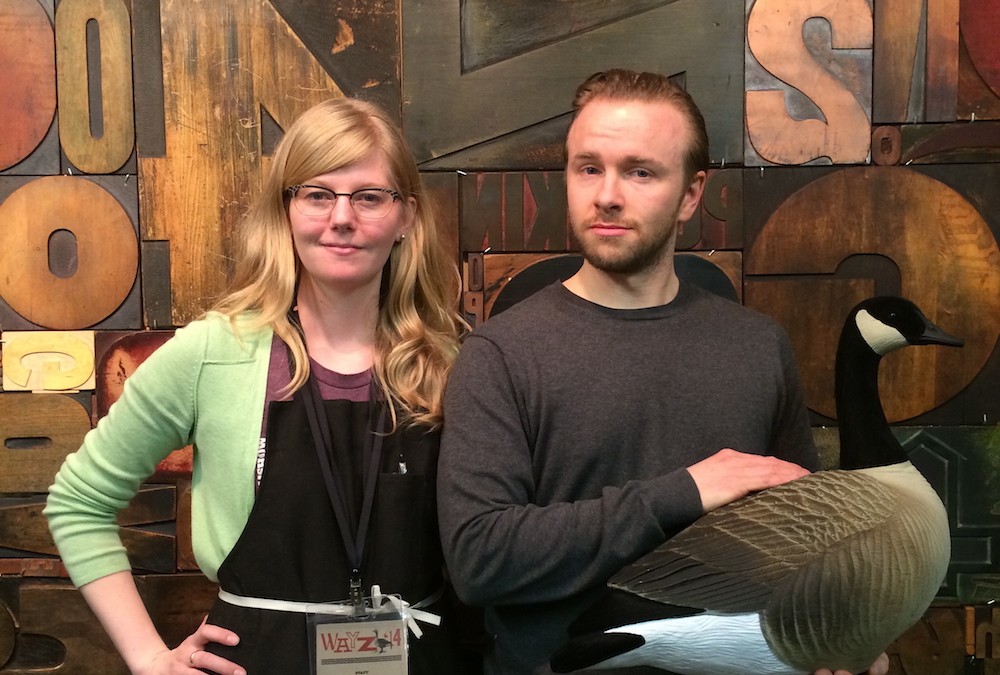 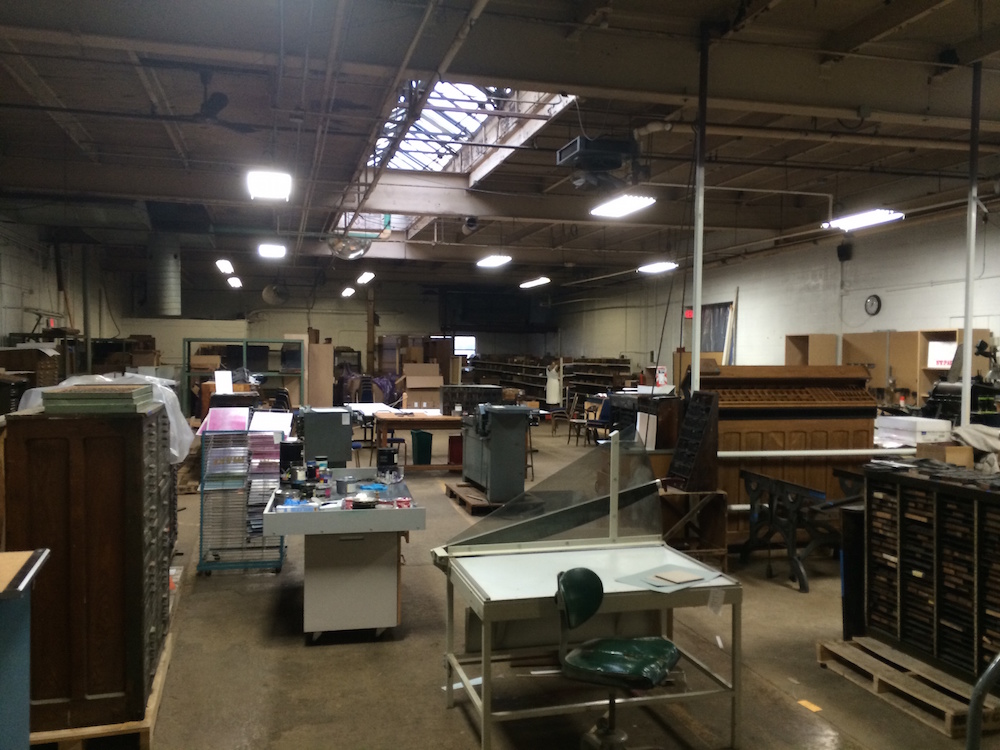 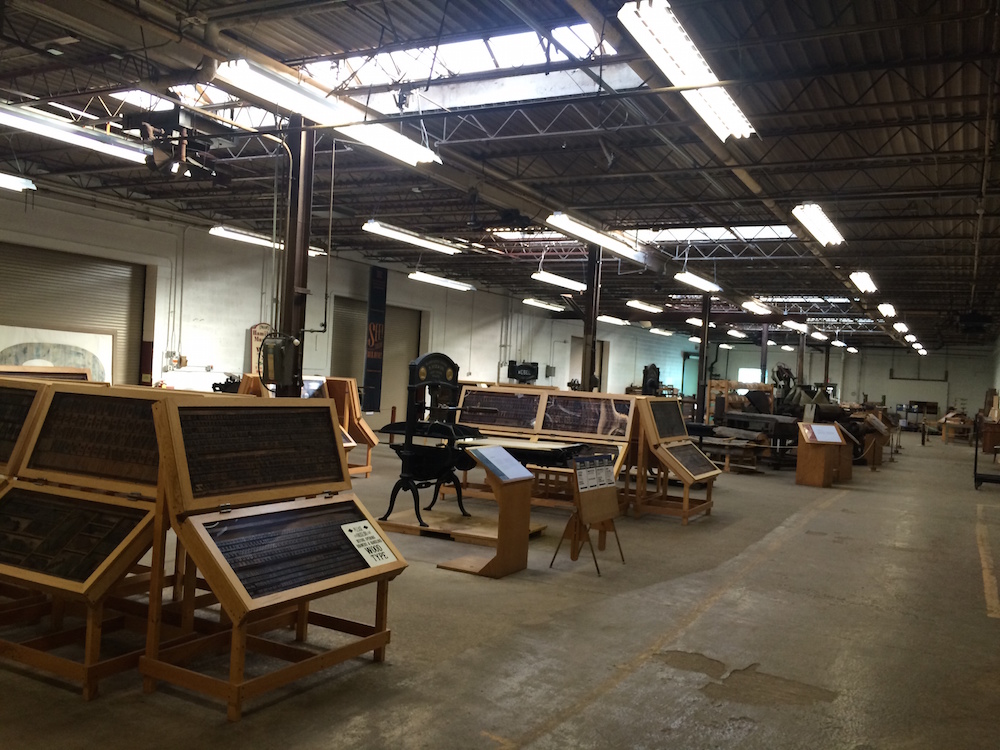 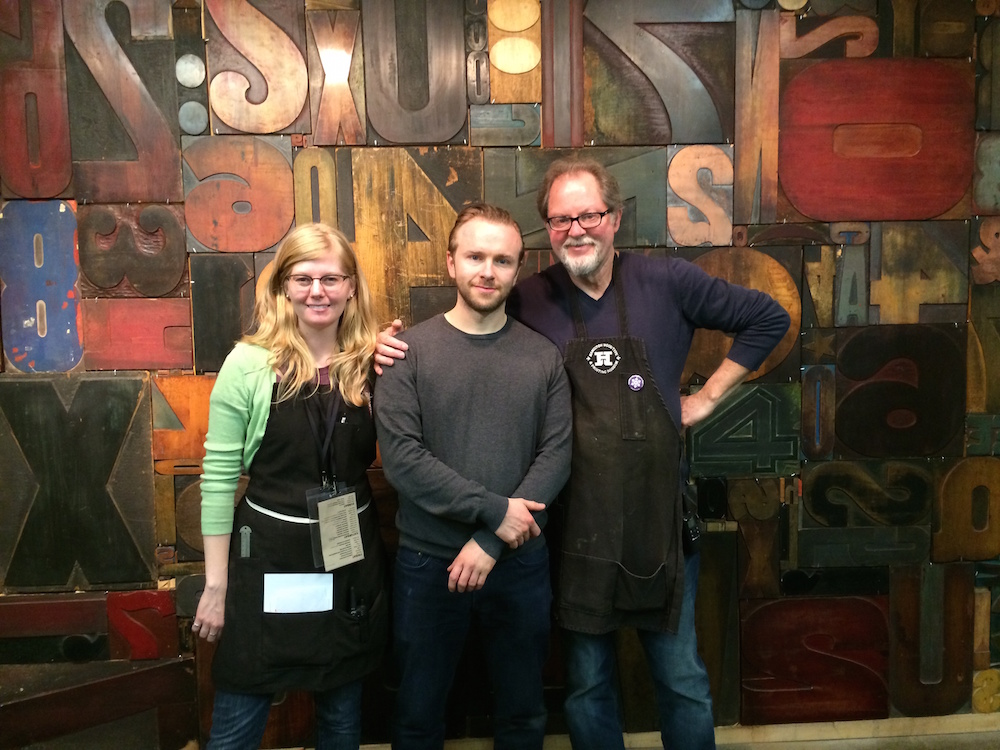 A lot has happened in the American Letterpress movement since my trip to Hamilton, Hatch and Yeehaw in 2011 and it is only now in reflecting on my time there that I realise how lucky I was to have done my trip when I did. In the space of a year and a half all three had either closed their doors or had to relocate to new premises.

When I first visited The Hamilton Wood Type Museum they knew they were living on borrowed time at their location. With industry moving out of the town and Fischer Scientific who owned the building wanting to sell the block for redevelopement into houseing it was only a matter of time before they would have to move. With the help of a successful kickstarter campaign they were able to raise enough money to buy a new premises just around the corner from there old spot and then began the epic task of organising, cataloging, packing, moving unpacking and reorganising over 1.5 million blocks of wood type, presses and furniture.

Having followed the move online all year and with the Wayzgoose to celebrate their first year in the space coming up I felt the itch to pack my bags again and head to Two Rivers to reconnect with the printers that we kind enough to mentor me 3 years ago.

The new space at Hamilton is fantastic with ample room for them to expand, host events and run workshops. In a way the move had the benefit of them knowing exactly what they had and how much of it they had. The old building is a short walk away from the new premises and it has largely been knocked down, however the Hamilton smoke stack still stands surrounded by the rubble of the old factory. It will be a sad day when the stack is finally pulled down. 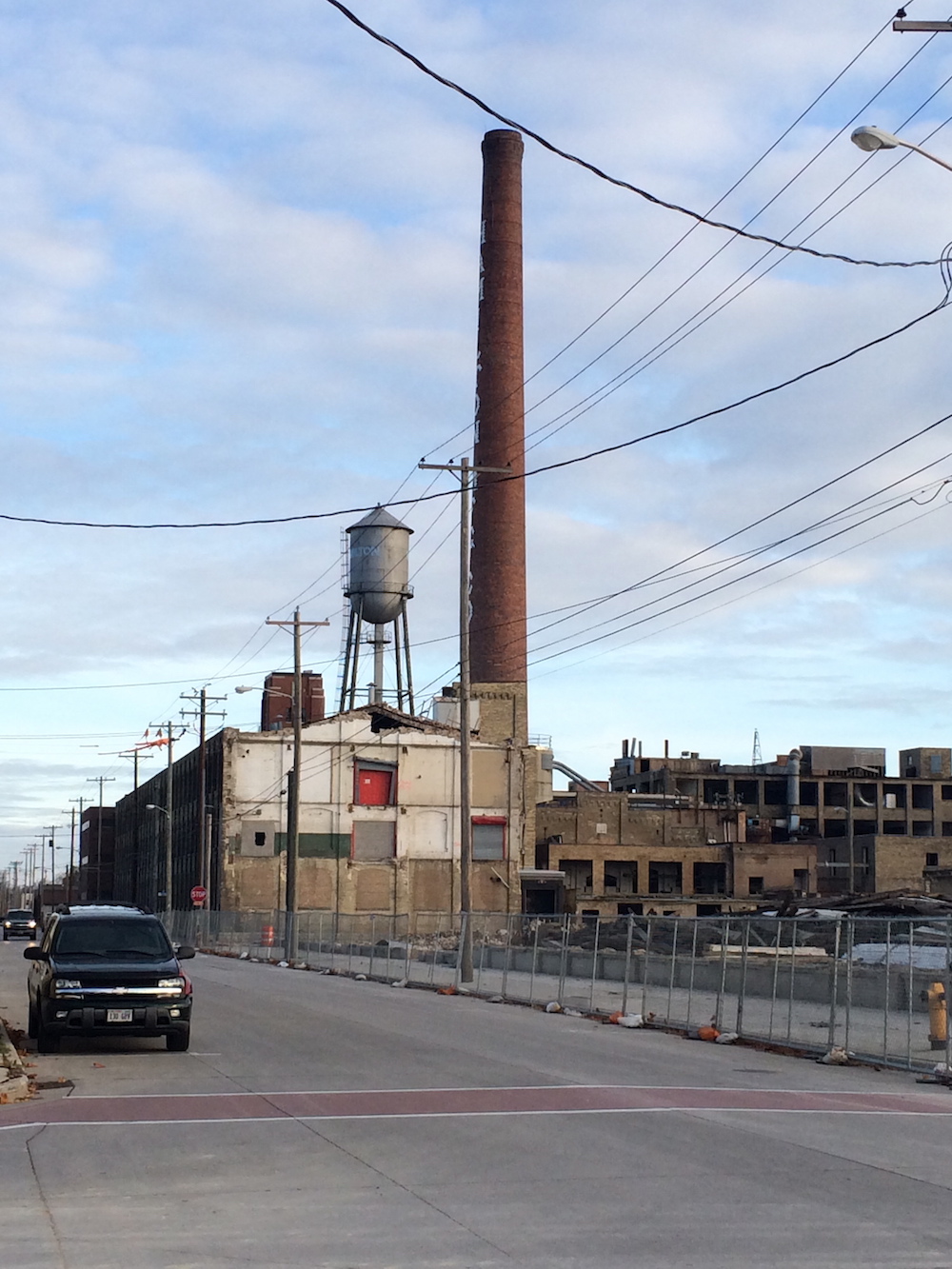