Can We Be Friends?

4 Colour Letterpress Print produced as part of the Letterpress Workers International Summit 2014 in Milan over a period of 2 days. The theme of the event was “Borders – These invisible lines run across our globe, separating one country from another, then one region from another, then one city. Invisible lines also run through our societies, segmenting who interacts with who.”

For my print I started with a simple lock up of text but then used a complicated masking system that allowed me to ink only parts of the letters.  As the colours built up, new areas of letters were revealed with some being disjointed and broken whilst others had multiple areas of overlapping ink. 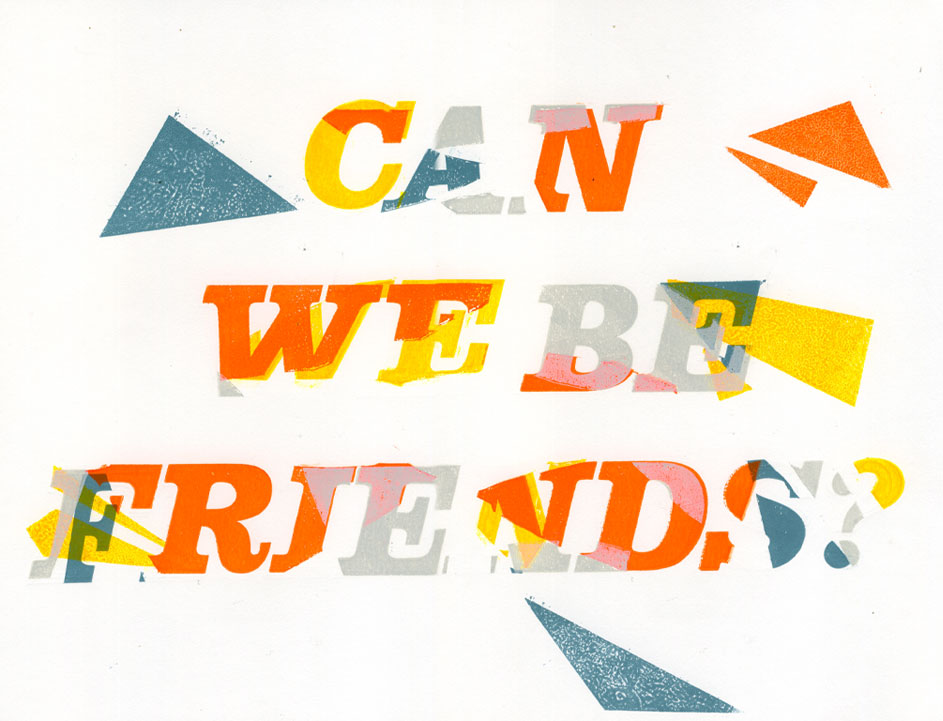 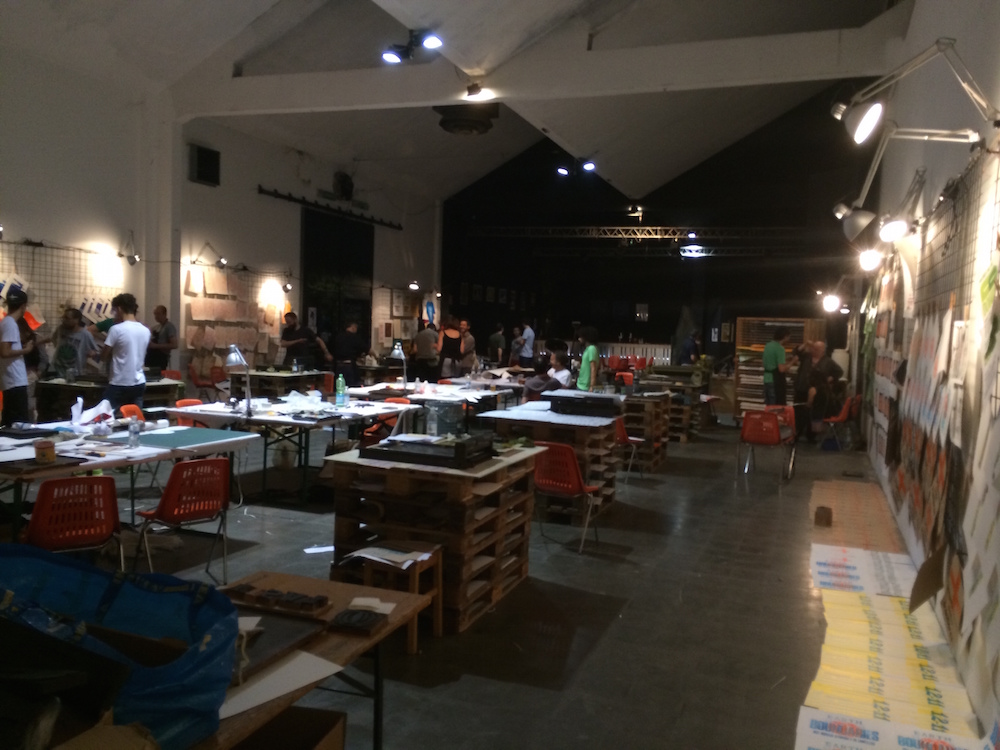 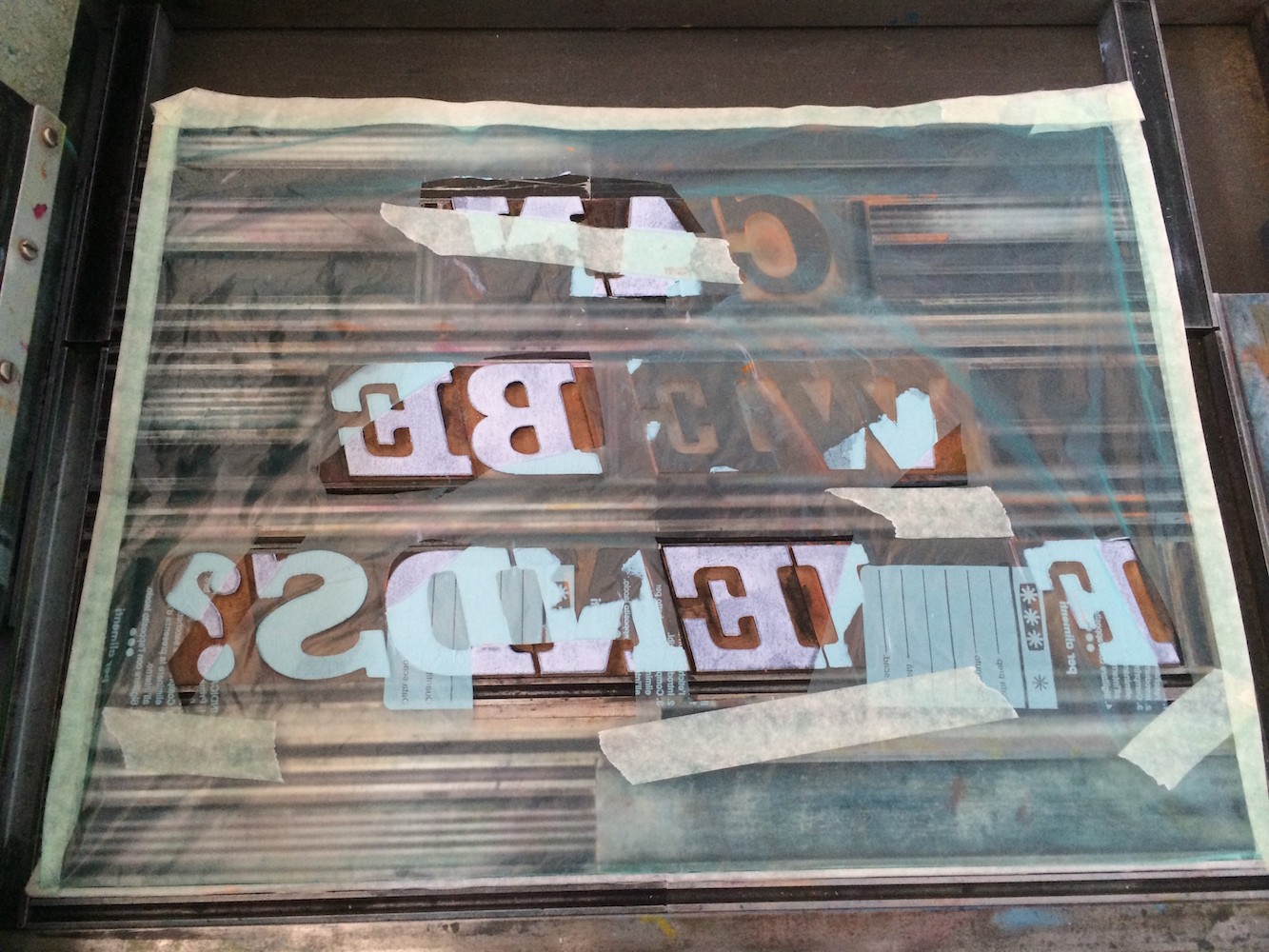 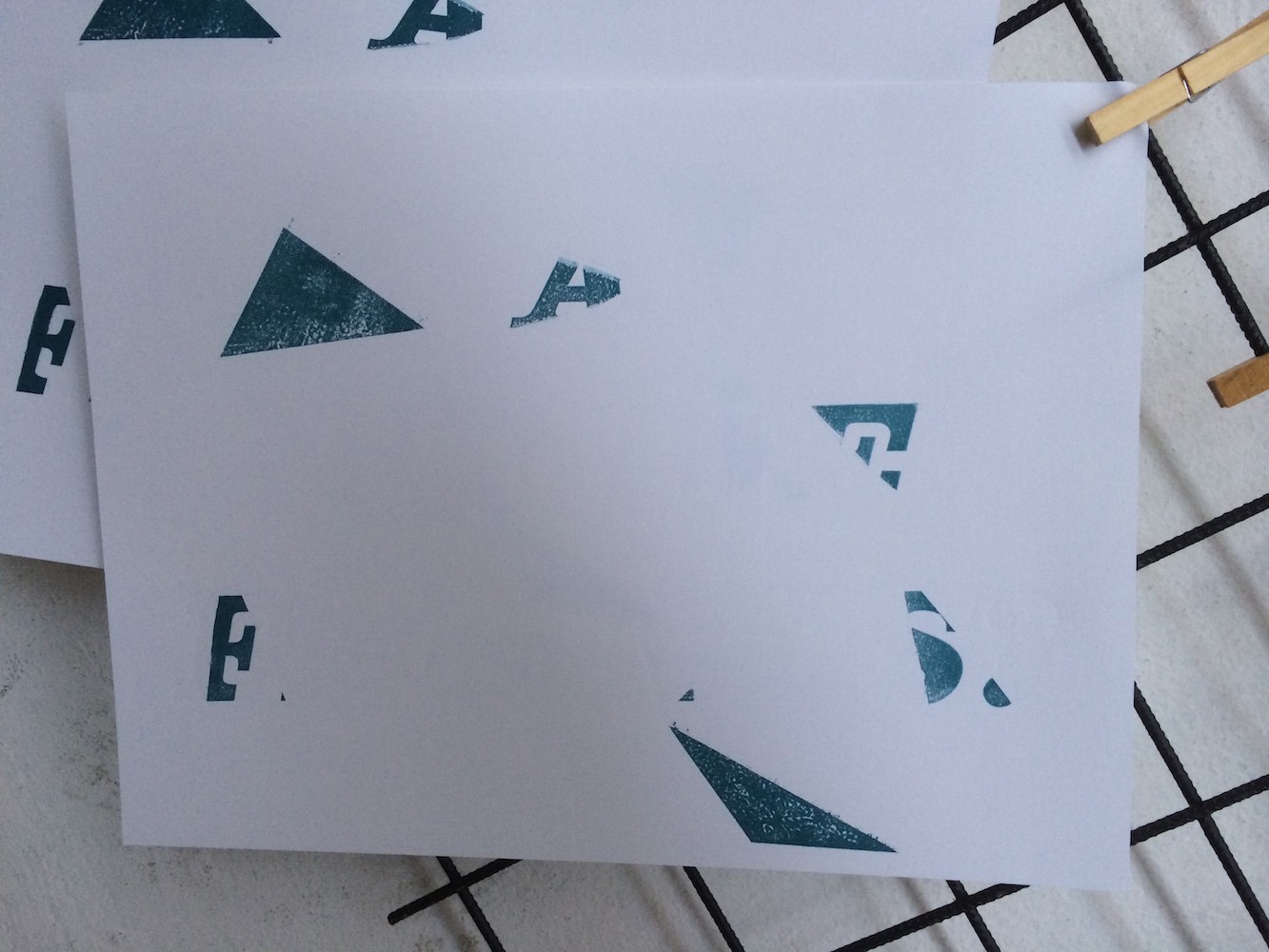 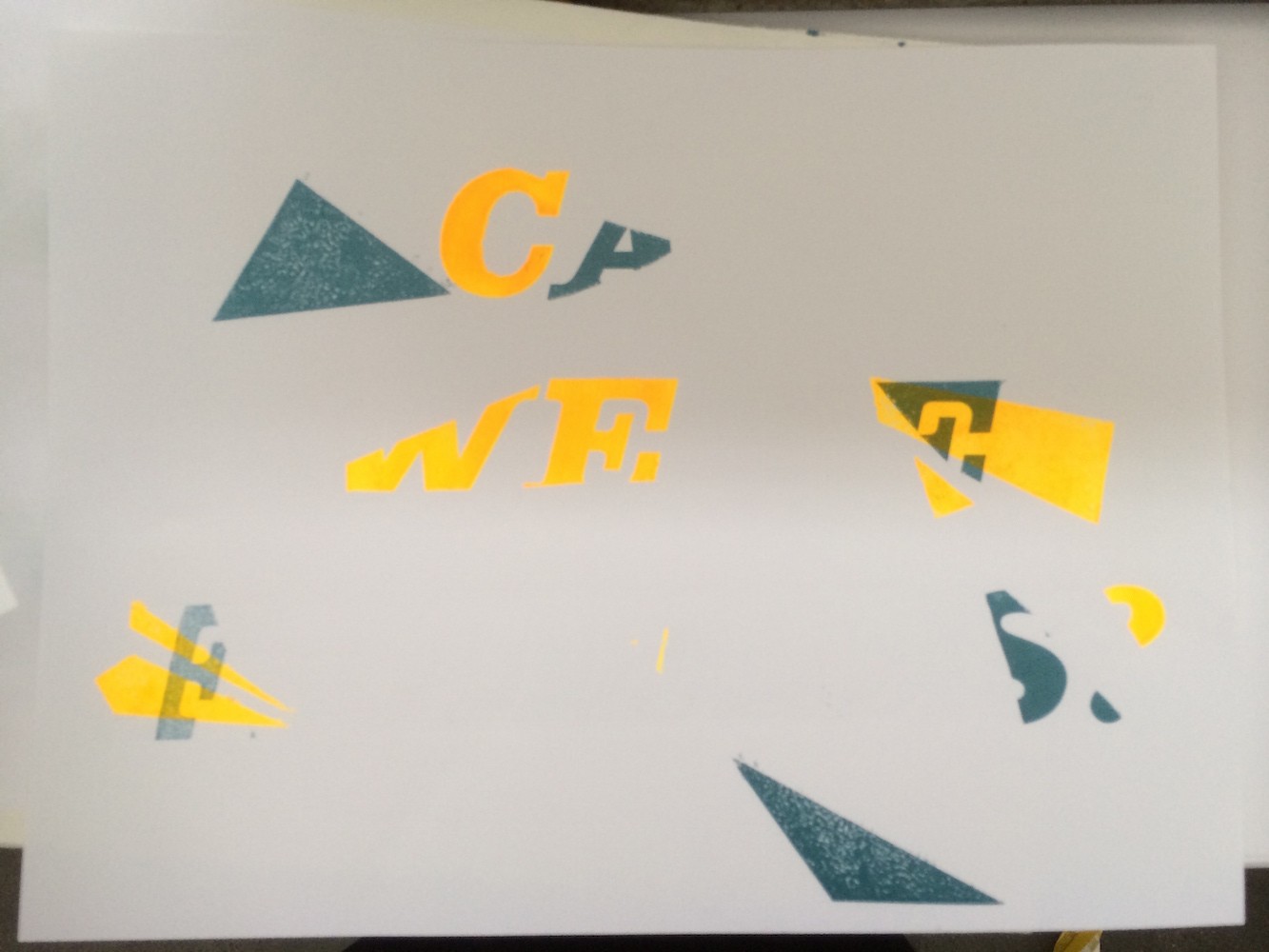 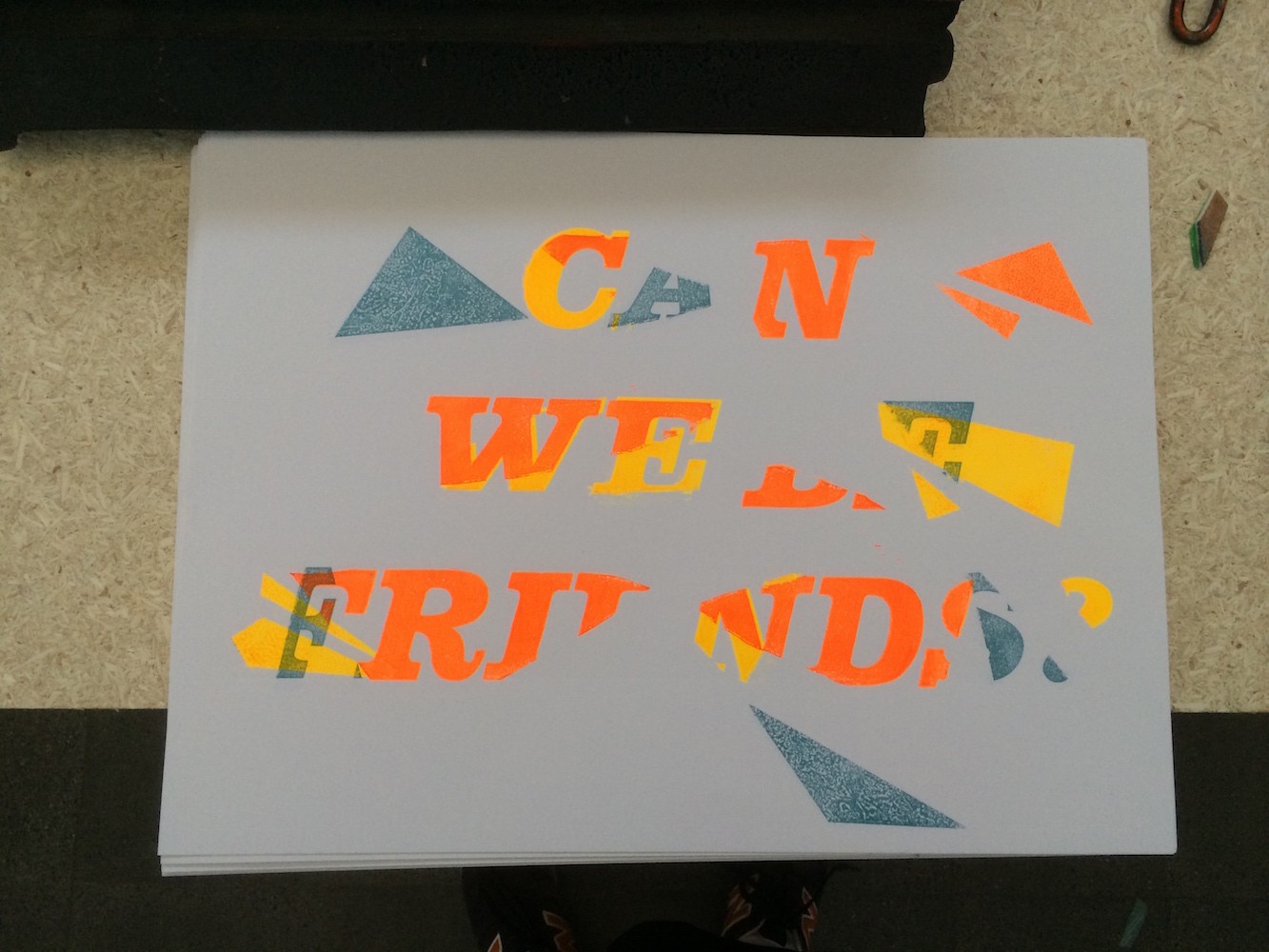