My Fortune Teller was originally made to act as a print dispenser to be placed in the AT Open House Exhibitions. The original construction was a free standing unit with a very simple electronic circuit within it and a crank operated hopper mechanism that would deposit a fortune (an A3 Letterpress Print) when the handle was turned. After a moving it from exhibition to exhibition I decided to rebuild the unit as well as see if I could develop a more complicated electronic circuit that could replace the hand operated mechanism.

The Brains of the Machine – An Arduino

Having been following the development of the the emerging small scale electronics movement and the release of units like the Raspberry Pi and Arduino I was excited to see what they could do and had been looking for a project to use them in. I settled on the Arduino as it’s starter pack came with all the extra components (like servos and motors) that I thought I would need. The coding language for the Arduino seemed relatively straight forward and after a few test runs I felt confident enough to make a proper start on the coding and building.

Once a token is dropped in the top, the user presses their palm onto the red hand. The Arduino receives this input and sets a motor attached to the underside of the hand to pulse incrementally whilst LEDs around the hand flash. Next a small speaker plays a short tonal composition before finally a servo positioned at the bottom of a ramp filled with rolled prints activates. The servo moves an arm up and down at a very specific speed allowing one print to drop down the ramp and out of the dispenser. 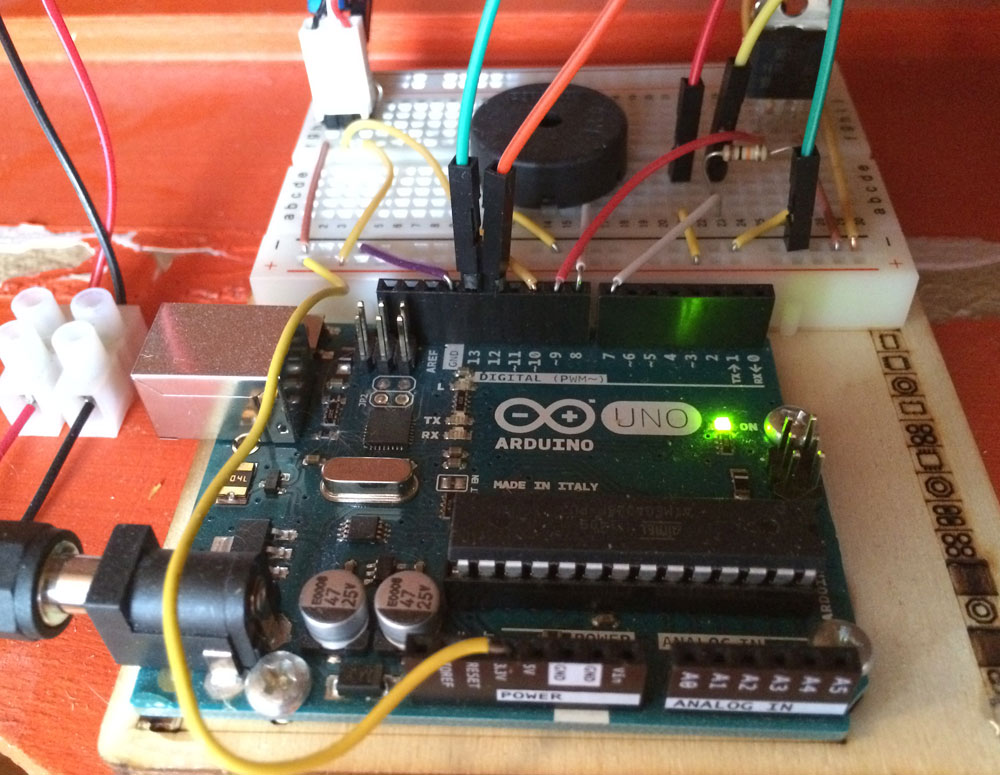 The Fortunes that the machine dispenses are custom printed 2 colour letterpress prints, made using a combination of vintage wood type and hand cut linocut details. 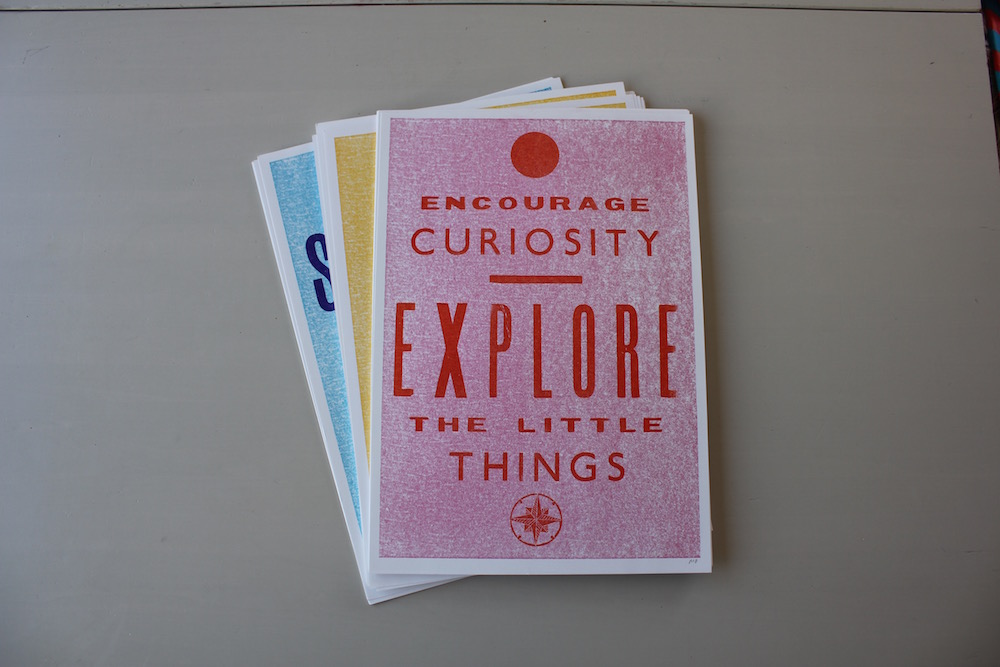 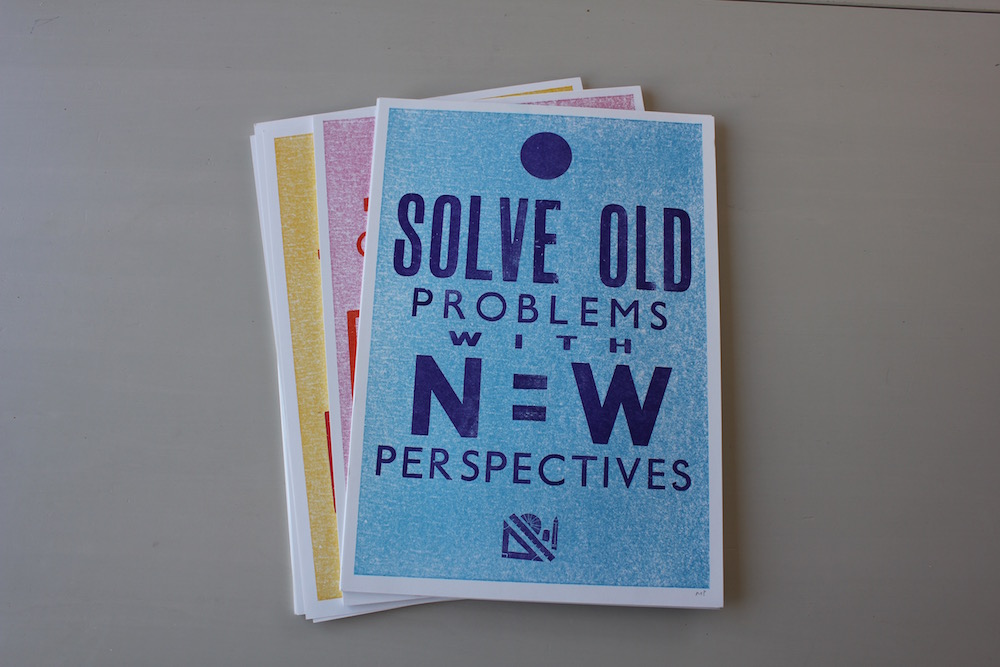 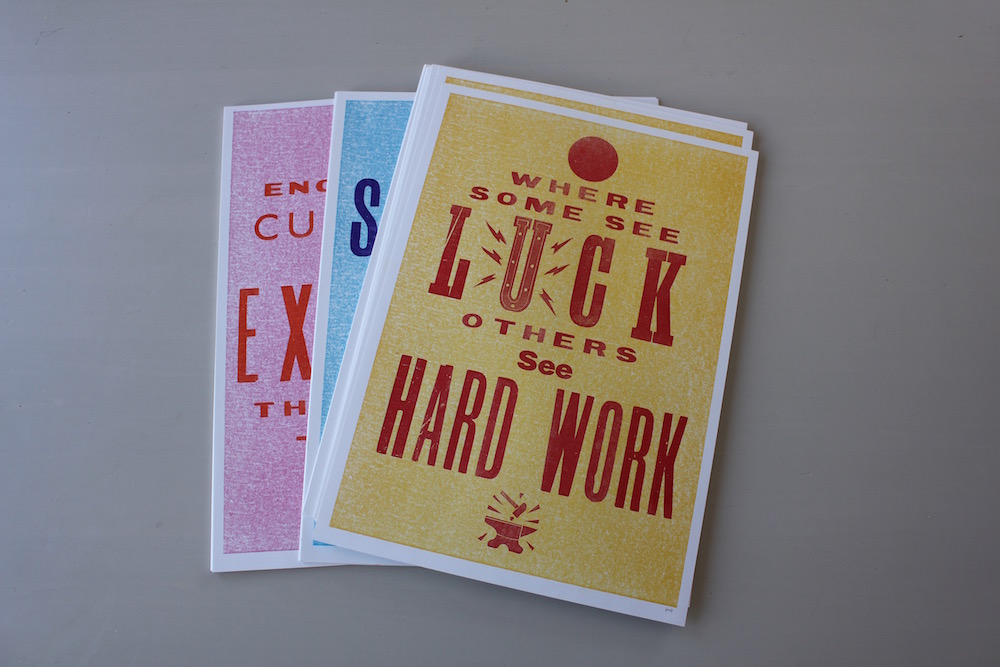 As I said my first revision of the Fortune Teller was much larger with a more primitive print dispensing mechanism it did however feature more graphics on it’s body as shown here. I will eventually get round to adding some further illustrations to the new smaller version. 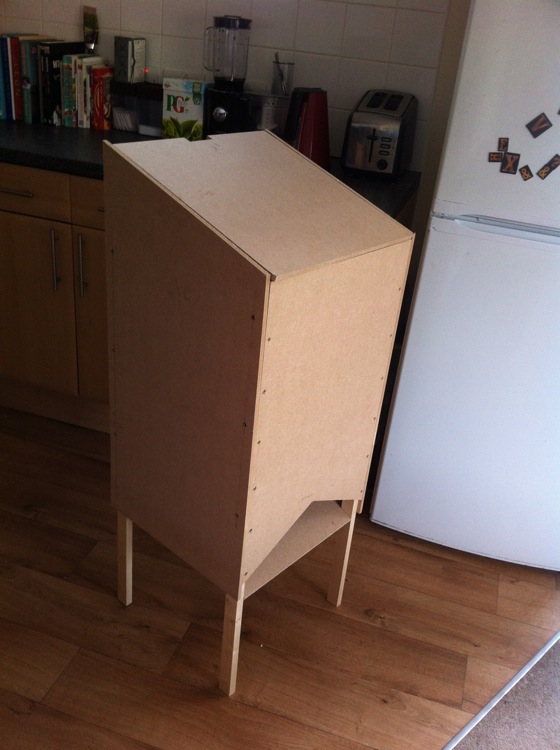 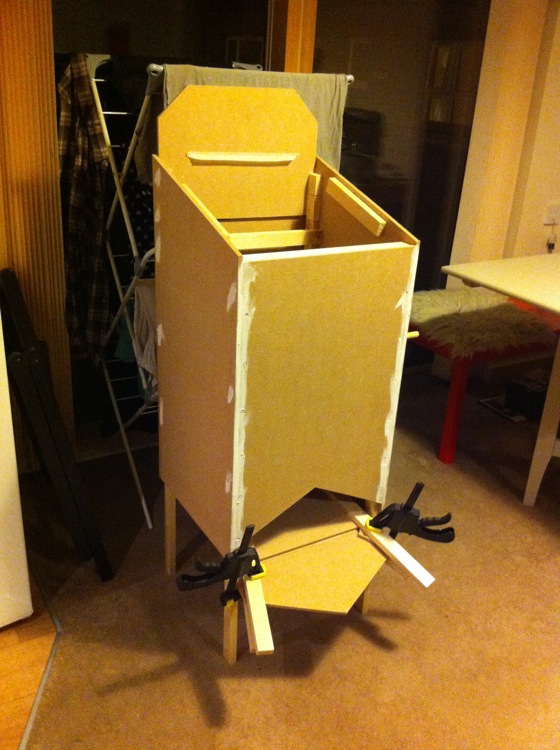 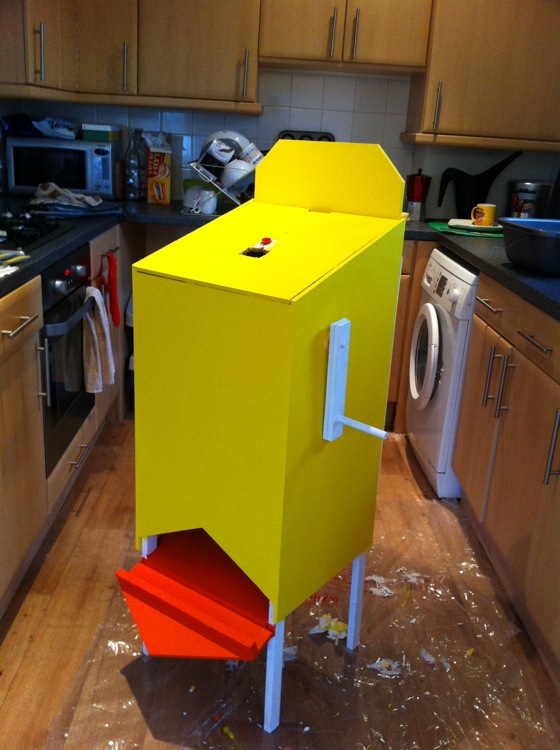 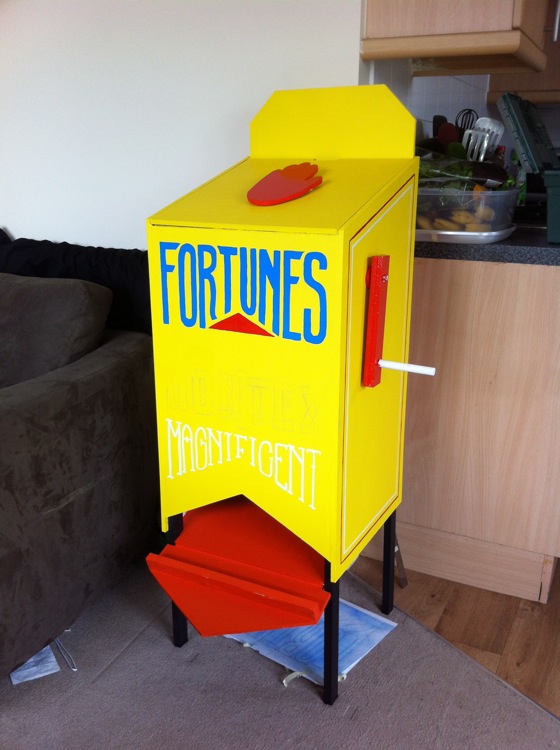 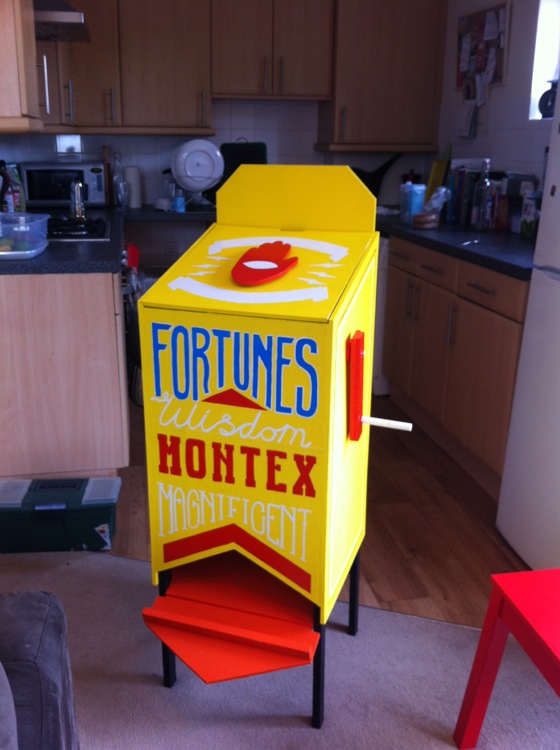 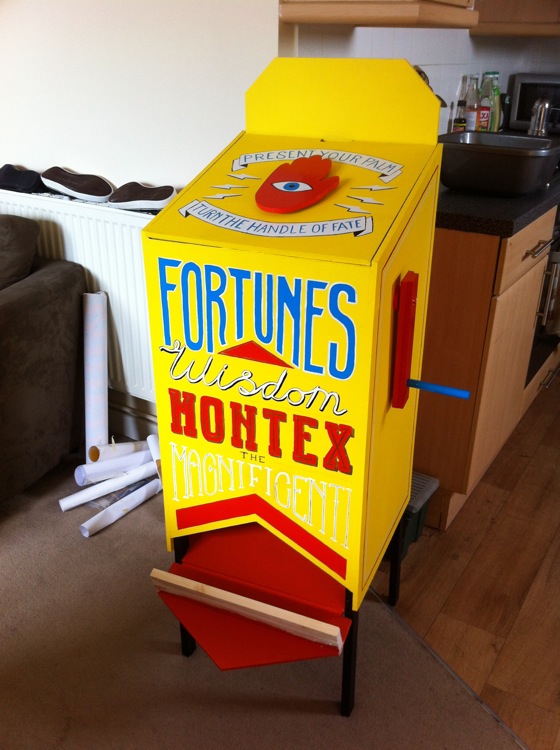